Forgive me. I know it’s been too long since I posted anything in Montana Historian, but I have an explanation. (That sounds much better than “an excuse” doesn’t it?)

First, researching and writing articles on Montana’s history is time consuming even for academics and historians. I am the farthest thing away from an historical expert or academic, but no one is more of a research geek than me. For example, I can look up on my computer the most mundane thing about Sitting Bull in 1865 or the upcoming 150th anniversary of Yellowstone Parks’ establishment and two hours later find myself flying in a B-17 bomber over Germany in 1944. It’s a gift I guess but not a very useful one if you are trying to write about Sitting Bull.

Second, I am a slow typist, a serious article can take weeks. Combine that with my excessive wordiness and E.B. White would have broken my fingers. I needed a way to keep readers entertained or at least interested in between Montana Historian’s regular articles.

I had just started searching for a solution when Covid-19 invaded Montana. It was interesting to watch people react. I’m a firm believer that people under pressure revert to type. If you didn’t like government before Covid, you really didn’t like it now. If you were suspicious of vaccines before Covid, guess what people were spouting on social media? If you didn’t trust President Trump before Operation Warp Speed you sure didn’t suddenly get all warm and fuzzy about him when the vaccines came out. There was no great come together moment. As a matter of fact, just the opposite happened. People retreated to their bias corners and came out swinging at the bell. 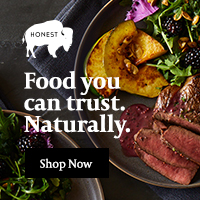 But it got worse. Suddenly people weren’t working. Businesses shut down or scaled way back. No one wanted to advertise. Kid’s school life was tossed upside down not to mention moms and dads. There was so much information and misinformation flying around paralysis by analysis was de rigueur.

From our perspective at Montana Historian Magazine, the problem was obvious. Readers like to use the magazine as one of their guide materials when traveling, but people weren’t traveling to Montana’s historical sites in the same numbers as the years before. All sites had some restrictions and closures which didn’t help the situation but if we are honest, the biggest problem was how so many folks just wanted to stay away from other people.

I don’t need to go on because you lived it. Basically, Montana Historian ground to a halt like society did. No one was going to pay attention to us when life was so difficult and uncertain. That has changed. I’m not saying things are back to normal now in Montana because they are not and for many they never will be.

Families are estranged over politics and vaccinations. People are still being confronted by other shoppers in grocery stores or on the street because they are wearing or not wearing a mask. White supremacists are emboldened and marching on our streets in broad daylight. People are still getting sick and too many are dying. Up in Helena, well, you know, it’s Helena.

Native women and girls are still going missing. Attempts are being made to ban books from school libraries. Death threats are being made towards health department officials. These things are not what we consider normal in Big Sky Country, even though some of them have happened before in Montana’s history. We will get into that another time.

With all of that being said, I feel that we are a little more receptive now to doing more than doom scrolling and looking for recipes on how to make sourdough bread.

Therefore, I decided to begin a new blog called The Anvil’s Ring which will be right here as part of MontanaHistorian.com. The Anvil’s Ring will talk about what strikes my fancy. It could be an anniversary of a battle, what 3-7-77 really means, my love for Lakota music or how the Miami Dolphins make me crazy at times. If you don’t care what a broken down horseshoer thinks, you can skip it and read the more formal articles but I’m asking you to give me a chance. I think one of the problems we have in this country is we don’t listen to anyone who might think differently than ourselves and believe me, I’m different. I spent over 30 years under horses with my head positioned lower than my butt, nailing shoes on their feet with one hand, shooing flies with the other while keeping up a scintillating conversation with both horses and owners. Then there was my anvil ringing (see what I did there?) from multiple hammer blows and me with no hearing protection, well, there just had to have been side effects. Vive la difference!

The rest of my explanation isn’t hard to understand. The past two years sure haven’t been much fun but the worst of it was the rise of everything horrible about Montana and I don’t mean winter weather, the new congressional districts, and the roads. I mean the rise of horrible people. From the Right or Left, 3rd generation or brand-new arrival, local or tourist, elected official or government employee, the darkest moments of my life and perhaps yours, is reading, observing or hearing the absolute garbage they unleash on us. They have always been amongst us of course, no matter how we try to deny it, but they were forced to stay in the shadows by decent people and the law. Those days seem to be a memory at present. I found it very difficult to motivate myself to write something fun and interesting with that kind of black cloud hanging over everything.

So, enough is enough! Here is the place to start. Now is the time to begin. Like it or not I’m going to reflect using The Anvil’s Ring while working on Montana Historian. I’m in the middle of a two-part article as we speak about the First World War and Montana which will educate and make you squirm a bit. History should be like that, don’t you think?

Keep your nose into the wind and I’ll see you on the trail.

One Reply to “The Anvil’s Ring: You Have To Start Somewhere/Sometime”