“The Wrong Man” is a story that comes from our friends at the Crazy Mountain Museum in Big Timber.

Somebody stole a package from somebody else. Somebody said a kid who lives at Maggie Kelly’s resort had taken the package. Thereupon the owner of the package with somebody else went to the before mentioned resort and kicked in the door. This seems to be the starting point for a tragedy that on Sunday startled this ordinarily peaceful community, which briefly stated was as follows:

At about one o’clock on Sunday morning Hank Witten, Red Morris and others was standing in Beley & Polutnick’s salon near the bar talking of the foregoing occurrence. Morris said, “I should like to see some ____ kick in my door.” Witten replied. “You talk too much.” Morris then said “Yes, I’d kill you, you Dutch _______, if you’d kicked in a door of mine.” Witten then slapped Morris who struck back and was then knocked down by Witten. Morris got up, told Witten that he had too much the best of it and then went out the front door. Witten sat down on the card table near the stove, with his back to the rear of the saloon. About half an hour later Morris came rapidly in the back door with a gun in his hand. He advanced toward Witten and said, “Now I’ve got you.” Someone yelled to Witten to look out. Witten jumped to his feet, pulled out a gun and both commenced firing. Witten had three loads in his gun. As soon as these were used up he threw his gun at Morris, knocking him down. Morris had six loads in his gun, five of these he shot, and though he snapped his gun after he was down, the cylinder, have been hit by one of Witten’s shots would not revolve, the sixth one would not go. Morris was then assisted to a chair and his head washed and bandaged where the gun had hit him. Witten went to bed and Morris knocked around the town until about town until daylight, when he went to Frank King’s cabin, on the Boulder, where he and others were “baching”. At about one o’clock Constable Brooks and Wm. Ryan Went down to arrest him. They found unconscious, as they supposed from being drunk. They tried to arouse him, but being unsuccessful came to town for someone to assist in bringing him over. Later they returned and found him in the same condition and while dressing him he breathed his last. The body was brought to the sample rooms of the Grand and the coroner and country attorney at Livingston were notified, Witten being placed under arrest.

During this short engagement John Kelly, one of the spectators, received a bullet in the arm. The ball striking in his elbow ranged upward and badly shattered the bone. Kelly’s arm was dressed by Dr. Almas and he was on Monday taken to the country hospital at Livingston where upon his arrive the ball was extracted as it was found that amputation was not necessary, as at first feared. 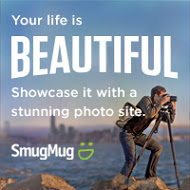 James Morris, the deceased, was buried yesterday; in the Big Timber cemetery. He was about 32 years old and unmarried. Was a brother of J.B. Morris who resides on Swamp Creek. For the past year his only occupation was that of fishing and doing odd jobs.

Dr Shawk, the coroner – arrived here on the 4 p.m. train, Monday. He at once summoned a jury composed of Thomas K. Lee, Francis Irvine, O.M. Lamphear John Blake, Norman Armstrong and Frank Lee, and the inquest was begun. Drs. W.E. Almas and J.H. Moore being ordered by the coroner to hold an autopsy on the remains. The first witness was Dr. W.A. Moore who testified that he had been called to see Morris after he died on Sunday. When he arrived the body was still warm. In a short examination the only cause he could find for death was a cut on the right and front part of the head extending through the tissue to the bone and was under impression the skull was slightly depressed.

Thomas Noonan was the next witness. He was in Polutnik’s (saloon) at the time of the shooting. Morris came in and got to quarreling with Witten. Heard him call Witten a ______. They started to fighting; we separated them and took Hank away. Morris went out the front door and said something as he went out. About 20 or 30 minutes after (then) Morris came in the back door with a revolver in his hand and commenced shooting. About four shots were fired and Noonan jumped over the bar. Smoke was so thick that he could not tell how many shots were fired. When he got up Morris was lying on the floor and said he was shot. He was not shot. He (Noonan) and Morris were together after that for the balance of the night. Morris said if his gun had not been out of order he would have gotten Witten. Morris seemed well as ever. The first shot was fired by Morris.

Ben Mjelde testified as to the first trouble between Morris and Witten as above and described the interior of the saloon. Saw Morris come in the back door, “walking apparently as fast as he could with a six shooter in his hand right in front of him. Took my eyes off him and looked at Mr. Witten. Mr. Witten was sitting on the card table, I should judge about 12 from where I saw Mr. Morris. Witten jumped up, turned around, faced Morris. Pulled his gun. Shooting commenced immediately. Don’t know who fired the first shot. Think it was Morris. I saw they meant business. I got down behind the bar and stayed there. The shooting ceased I saw Mr. Morris lying on the floor within two or three feet of the ice chest. I jumped up, walked towards Morris, found Witten standing about five or six feet from where Morris was lying. I stepped to Mr. Witten and asked him for his gun and he handed it to me. After taking his gun I put it in one of drawer of the back bar. I turned around and as I did so I heard Morris say, ‘Well, Hank, I guess I got the worst of it after all. Morris then raised up on his elbow. Witten stepped up to him, took hold o him and helped him up, and seated in a chair that stood against one of the partition doors. Jonathan Bradley started to get some water and a cloth to wash blood off his head. After this was done Red got up and seemed to me to be the same as ever with exception of the cut on the right side of head. Stood there a minute talking of having a narrow escape. Between that time and morning he was in a number of times and had several drinks. The last that I saw of him he was on the sidewalk in front of Frank Lee’s cigar store. They were going up street, King was trying to get him to his cabin.’

Hank Witten was next examined and told the story of the trouble between Morris and himself. His account of the starting of the trouble did not differ materially from that already given. Of the last he said: “Me and Stevens set down on the table. We were there about half an hour when Morris came in the back door. Somebody hollered for me to ‘look out.’ I had my back to the door. Looked around saw Morris come in with a six shooter in his hand. He came right towards me and said, ‘Now I’ve got you, you dutch____ ______.’ I jumped off the table an started to pull my gun. He shot at me. We kept shooting as fast as we could. When my gun was empty, I throwed it at him and knocked him down. We were six or seven feet apart when shooting began. I picked his six shooter up and gave it to Slim. I picked my gun up and gave it to Ben Mjelde. I had three loads in my gun. Morris and I bunked together. He gave me the gun in the evening. I was under my pillow. I picked Morris up and set him in a chair. I told him to stay there ‘till I got a doctor. Went to Dr. Almas’ first then to Dr. Moore’s. I then went back to the saloon. When I got there the door was partly open. I looked in and saw Morris standing there talking and laughing. I thought better not go in there and went down home, where I got Frank King to come up and take Morris home. I then came back to town, woke up Phil Cook and went to bed. When Morris shot I defended myself to protect my live.”

This conclude the testimony and the report of the autopsy was given to the jury. The report showed that there was two linear fractures of the skull. A blood vessel being ruptured caused a clot, weighing four ounces, to press on the right side of the brain causing death. After hearing the report the jury retired and in a few minutes returned the following verdict:

State of Montana County of Park

An inquisition held at Big Timber, county of Park, state of Montana, on the 25th day of December, A.D. 1893, before me, Wm. L. Shawk, M.D. Coroner of said county, upon the body of James Morris, known as Red Morris, there lying dead by the jurors, whose names are herewith described, the said jurors upon their oaths do say; that the said James Morris came to his death by a blow, or blows inflicted by Henry Witten on or about 2, or 2:30 a.m.. December 24th, 1893, in the saloon of Beley & Polutnik, in the town of Big Timber, County of Park, state of Montana.

The examination:
County Attorney H.J. Miller arrive here Tuesday morning from Livingston and at ten o’clock Witten was arraigned before O.M. Lanpher Justice of the peace, charged with murder. His attorneys were Marsh and Addle, while H.J. Miller appeared for the state. A large number of witnesses were examined, the evidence adduced being substantially the same as introduced at the coroner’s inquest. After hearing the evidence and arguments, Justin Lanphear decided that Witten acted wholly in self-defense and accordingly discharged him.

Please remember to visit the Crazy Mountain Museum which is just off Interstate-90 between Livingston and Columbus, Montana. The address, should you want to put it in your trusty GPS, is 2 South Frontage Road, Big Timber, MT. If you want to call or email first, their contact info is 406-932-5126 and cmmuseum@mtintouch.net and their website is http://www.crazymountainmuseum.com. They are open seven days a week between Memorial Day and Labor Day, 10am to 4:30pm Monday through Saturday, and 1pm to 4:30pm on Sundays.

2 Replies to “The Wrong Man in Big Timber”